What is Ocean Acidification?

Everybody knows that when burning fossil fuels, carbon dioxide (CO2) is  released into the atmosphere. However, not everybody is aware that the oceans act as enormous carbon "sinks" that absorb as much as 1/3  of the released carbon dioxide. As carbon dioxide in the ocean increases, ocean pH decreases or becomes more acidic.  This phenomenon is known as Ocean Acidification. 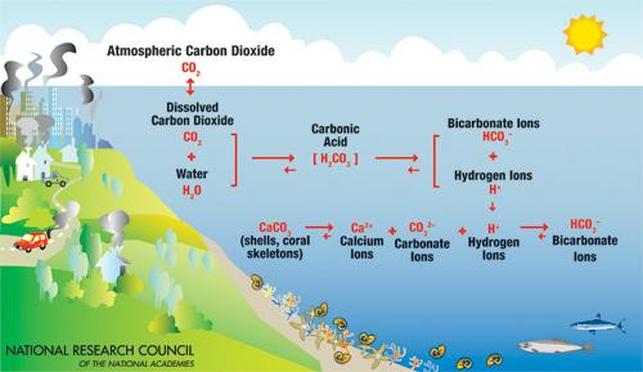 Once carbon dioxide (CO2) from the atmosphere is absorbed by oceans, it dissolves and reacts with water (H2O) to form carbonic acid (H2CO3):

Carbonic acid rapidly breaks down to for H+ ions (an acid) and bicarbonate, HCO3- (a base):

The increase in the hydrogen ion concentration causes an increase in acidity.
The release of hydrogen ions will cause them to combine with any carbonate ions in the water to form bicarbonate:

This removes carbonate ions from the water, making it more difficult for organisms to form the CaCO3 they need for their shells. 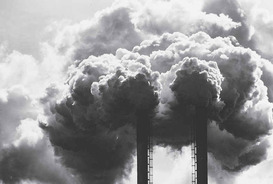 Ocean acidification is caused by anthropegenic activities (human activities) including burning fossil fuels, driving, and pollution from factories. These activities emit large amounts of greenhouse gases like carbon dioxide (CO2) into the atmosphere. However, oceans can absorb this CO2 and thus change the chemistry in the seawater by lowering its pH, which is a big "no-no" for the marine creatures.

So why do oceans absorb so much carbon dioxide anyway?

Oceans absorb carbon dioxide (CO2) in order to reach equilibrium, or a balanced state, between the CO2 concentrations in the air and ocean. This occurs through direct air-to-sea exchange. It takes about a year to balance out CO2 in the surface ocean and atmospheric CO2. There is a large sea-air difference in CO2 concentration. 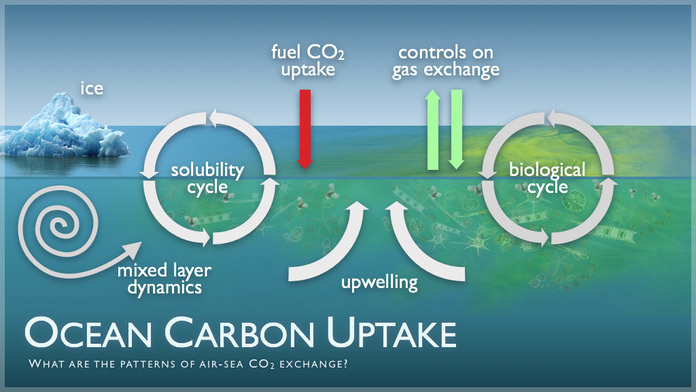